Islamic-Iranian Revolution Has Changed the History

Department of the Logic of Understanding Religion

What I think: Aliakbar Rashad

Ayatollah Ali Akbar Rashad is a graduate of Tehran and Qom theological seminaries, a foreign teacher of jurisprudence and the principles of the field, and a professor at the Islamic Culture and Thought Research Institute. For more than 40 years, he has been teaching philosophy of religion and theology, the logic of understanding religion, interpretation and Quranic sciences, in the university, and at higher and outside levels of jurisprudence and principles, philosophy and mysticism in the seminary. The result of more than twenty years of teaching abroad "Jurisprudence Rules", "Jurisprudence", "Salah Al-Masafr", "Walayah Al-Faqih", "Fiqh al-Siyaseh", "Jurisprudence of the Jurisprudence", "Fiqh Al-Technology Al-Hawiyeh" (jurisprudence of biotechnology and genetic engineering). , "Philosophy of Jurisprudence", and two courses "Out of Principles" and three courses "Out of Philosophy of Principles", in the form of independent volumes, are prepared or about to be published. He is the founder and president of Imam Reza Seminary (AS), the founder and president of the Islamic Culture and Thought Research Institute, the president of the Council of Seminaries of Tehran Province, the founder and president of Imam Reza Seminary Institute of Higher Education (AS), a member of the Supreme Council of the Cultural Revolution, a member of the Supreme Council He is the model of Iranian Islamic progress, the head of the support board for theory chairs, a member of the World Association of Islamic Philosophy of Religion, a member of the scientific pole of the philosophy of religion, and a jurist member of the Board of Trustees of the Academy of Medical Sciences.
Presenting "theory of denial", "theory of religious science", "theory of religious realist pistemology", "theory of the compatibility of the pillars of science", "theory of education", "theory of Islamic rogress", "theory of religious discourse", "theory of religious spirituality" "; "Designing and presenting the logic of understanding religion as knowledge", "Designing and presenting added philosophy as knowledge", "Designing and presenting the philosophy of principles as knowledge", "Designing the philosophy of jurisprudence as knowledge","Designing and presenting the new structure of jurisprudence", "Designing the principles of jurisprudence based on the theory of contradiction", "Designing and presenting the philosophy of Islamic religion", and "Designing and presenting the philosophy of culture as knowledge" and "Designing and presenting the classification model of sciences"; Also, there are about forty book volumes and more than one hundred scientific, research and specialized articles published inside and outside the country in various languages, including the fruits of almost five decades of continuous research efforts of the professor; which has been selected and honored many times by the prestigious national and international scientific institutions; Among them are: being introduced as an "outstanding theoretician" of the country by the Farabi International Festival, and awarding awards and recognitions by UNESCO, ICESCO, and the Presidency and the Ministry of Science of the Islamic Republic, in order to present the "Theory of Denial"; Winner of the book of the year award of the Islamic Republic of Iran; Chosen for the book of the year award, five times; Awarding the World Humanities Award as "an outstanding theoretician in the field of foundations and methodology of Islamic humanities"; "Dehkhoda" scientific award of humanities, selected researcher by the book festival of the academic faculty of universities all over the country; The chosen religious research of the year, from the Secretariat of Religious Studies of the country; Introduced as one of the five hundred influential personalities of the Islamic world, by the international institute rissc; In 2020 and 2011. 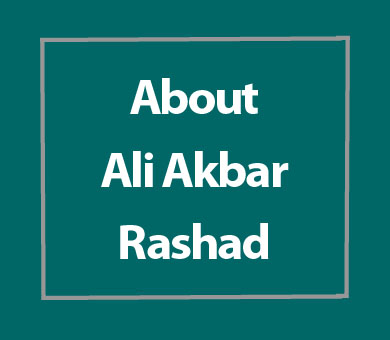 This year, the foreign course on contemporary jurisprudence will be held virtually on Thursday evenings, one hour and a half to Maghrib, on the subject of “Jurisprudence of genetic engineering and biological warfare” These lessons can be received online through the internet network (Ishya/Faqahat School)

This lesson was started by Ayatollah Ali Akbar Rashad in 2018, and it is offered from 7:00 AM to 9:00 AM on Thursdays at Imam Reza Seminary Institute of Higher Education (AS) in Tehran. This series of courses is taught as the core course of the political jurisprudence field of this institute for scholars. Political jurisprudence courses are presented in Samaritan style (with the active participation of scholars)

This year, this lesson will be held virtually on Wednesdays from 10 am to 11 am. These lessons can be received online through the internet network (Ishya/Faqahat School). In addition, the audio and text of the lessons are also uploaded on the official website of Ayatollah Rashad, the official website of Imam Reza (PBUH), Ayatollah Rashad channel and the seminary channel of Tehran province, on the Ita, Soroush and Yes networks,.

The discussion series of “Systems Circle” (Council of Research Institute of Systems) is held on Mondays every other week. The text of these discussions is uploaded on the official website of Ayatollah Rashad, the official website of Imam Reza (PBUH), Ayatollah Rashad channel and seminary channel of Tehran province, on Ita, Soroush and Yes networks, for the use of dear students and scholars 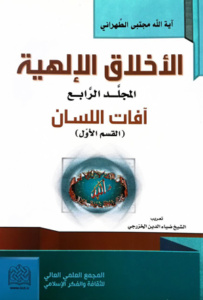 All rights of this site belong to Islamic Culture and Thought Research Institute. Any copying without mentioning the source is legally and legally not allowed